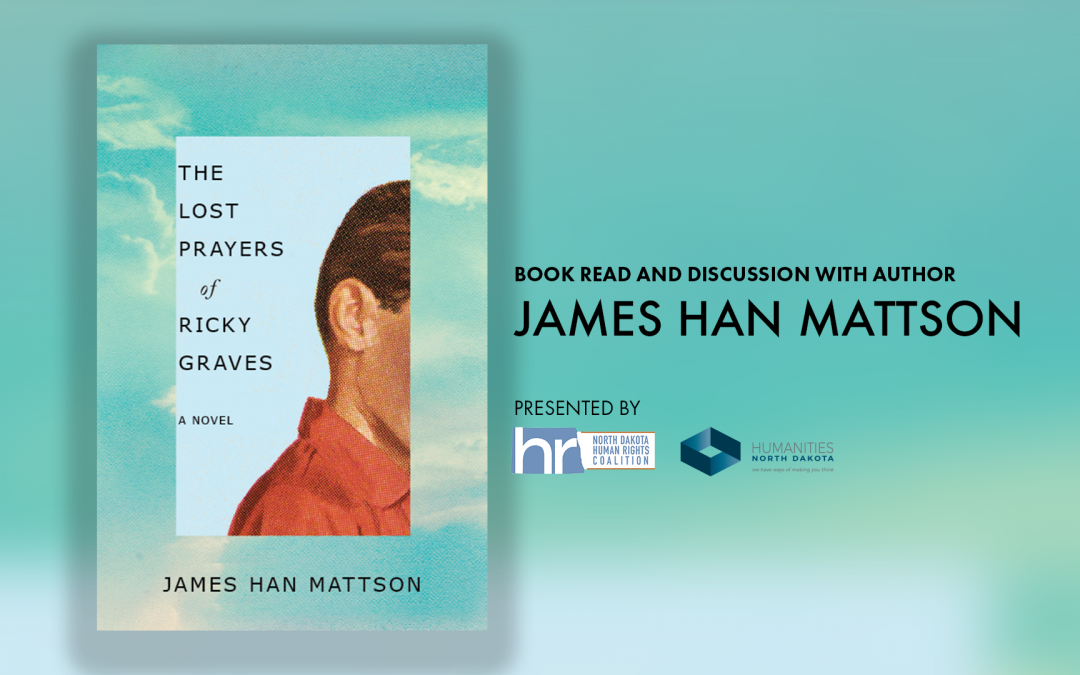 “The Lost Prayers of Ricky Graves,” tells the story of a gay teen who snaps, shooting two of his classmates before killing himself.

Mattson is currently an assistant professor of English and Creative Writing at Murray State University in Murray, Kentucky.
Mattson was born in Seoul, Korea and raised in Grand Forks.

Two readings have been scheduled: In Fargo at Zandbroz Variety on Wednesday, July 10 at 5:30 p.m. and in Grand Forks at Archives Coffee House on Thursday, July 11 at 5:30 p.m.